Showing posts from July, 2014
Show all 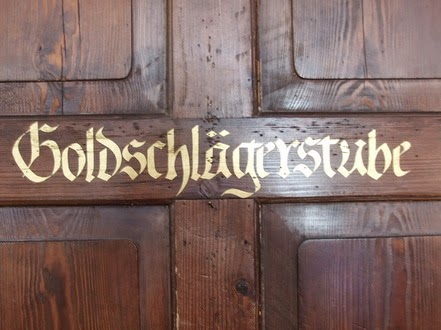 28 July 2013 Schwabach is near Nuremberg , in the center of the region of Franconia in the North of Bavaria .  It is famous for its craft of Gold, especially gold foil. Schwabach has more than 500 years history of producing Gold and export it around the world.  Examples are towers of Orthodox churches in Ukraine , palaces dome in the Emirates .  The town is very proud of its gold leaf.    Permanent exhibition of the gold leaf history is housed at the main restaurant Gasthof Goldener Stern .  The restaurant is also a museum, every corner is filled with antique stuff.  Very atmospheric and the food was good. Waitress in traditional clothing, old weigh, cook, saw, porcelain salt container, nameless.   After lunch we had a pleasant walk a bit away from the town centre, a tranquil path along a stream, silent and almost people free.  Green plants and blue sky, dotted with houses scarcely.  Very nice!       Walking around are a few antique shops.  Their windows dis
Post a Comment
Location: Schwabach, Germany
Read more 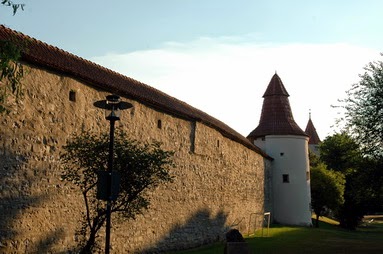 22 July 2013 Berching is a lovely medieval town with a well preserved town wall interspaced with 13 towers.  The first settlement dated AD833.  It is located in the district of Neumarkt, a part of Bavaria. Famous persons include Christoph Willibald Gluck  (composer) and  Claudia Brücken (singer).  Berching is very well organized, not a sleeping town but actively advertising itself as a good place to live with many possibilities.  For sightseeing, here is a full menu of tours that one can participate in.       We were quite late there, around 8pm.  Yup, long day in high summer in Germany.  We did not have a chance to do much but walking along the main street, passing a gate to the other end seeing the outside of a church and part of the canal. When we were heading back to the car park, the parents were sitting down for ice coffee and ice chocolate.  Oh oh, our sweet at the end of the day and sweet goodbye to Berching.
Post a Comment
Location: Berching, Germany
Read more 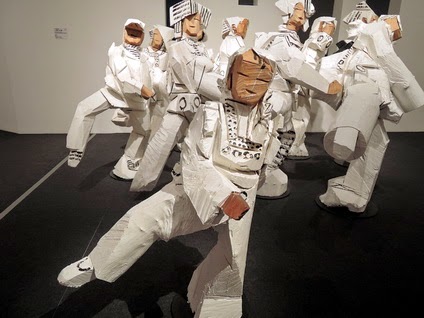 15 June 2014﻿ 'Hell is within the living world, but the living world also has a paradise.  Which way would you go?  It's all decided by you.' 地獄在人間, 人間有天堂. 問君何處去, 但憑一念間. Life in the living world is both hard and happy.  It depends how you treat problems and appreciate good stuff around you.  One can perceive work is difficult and demanding.  The other can treat it with happiness to challenge itself and to win,  Results: satisfaction and joy. Ju Ming is a Taiwanese sculptor, got famous in the 1970s and well known in New York in 1983.  His artist life began as teenager's time.   He learnt sculpture from Lee Chin Chuen and works on various materials: stone, stainless steel, painted wood, styrofoam, pottery, etc.  I like his works as it is around people, at his time or the modern time.  Affection, relations are reflected.     His core series include Nativist , Taichi and Living World .  Most of the exhibits in Hong Kong this time is his Living Wo
Post a Comment
Location: 10 Salisbury Road, Tsim Sha Tsui, Hong Kong
Read more
More posts